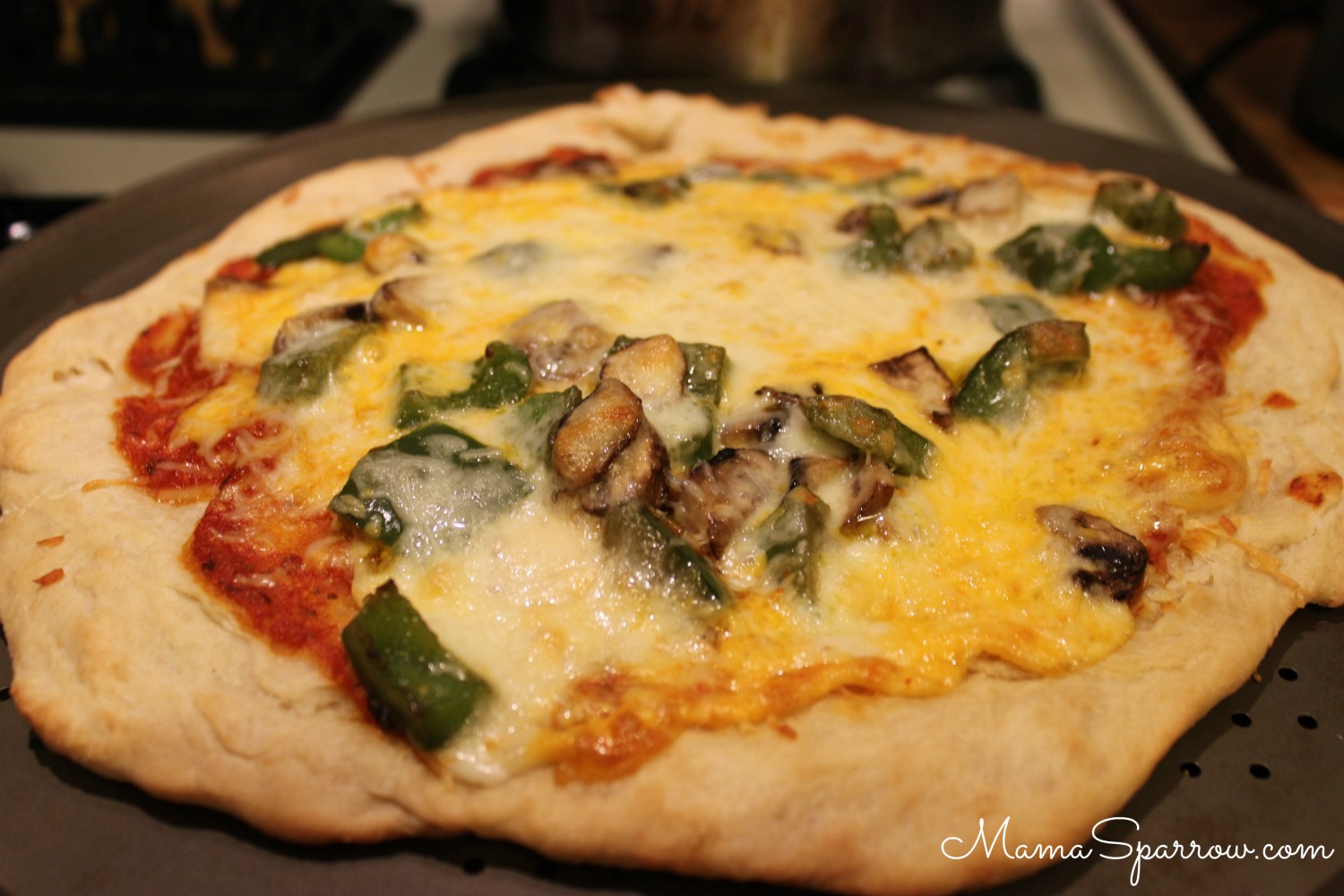 Pizza is an essential standby meal in our home. One of the nice things about homemade pizza, is that it can be a canvas for whatever toppings are preferred. It is a versatile dish. Another great thing about pizza is that it can be assembled with the help of little ones. My boys love helping in the kitchen. The oldest, in particular, is very proud of his cooking efforts. Though, it has not proved an effective solution for the toddler finicky eating habits.

This recipe makes two pies at a time. I usually prepare both and then freeze one for later. A homemade freezer pizza is such a treat on busy nights.

To prepare frozen pizza: Preheat oven to 450F. Place frozen pizza on baking sheet or reuse the aluminum foil it is wrapped in. Bake the pie for 15 - 25 minutes, until the crust browns and the cheese is bubbly.