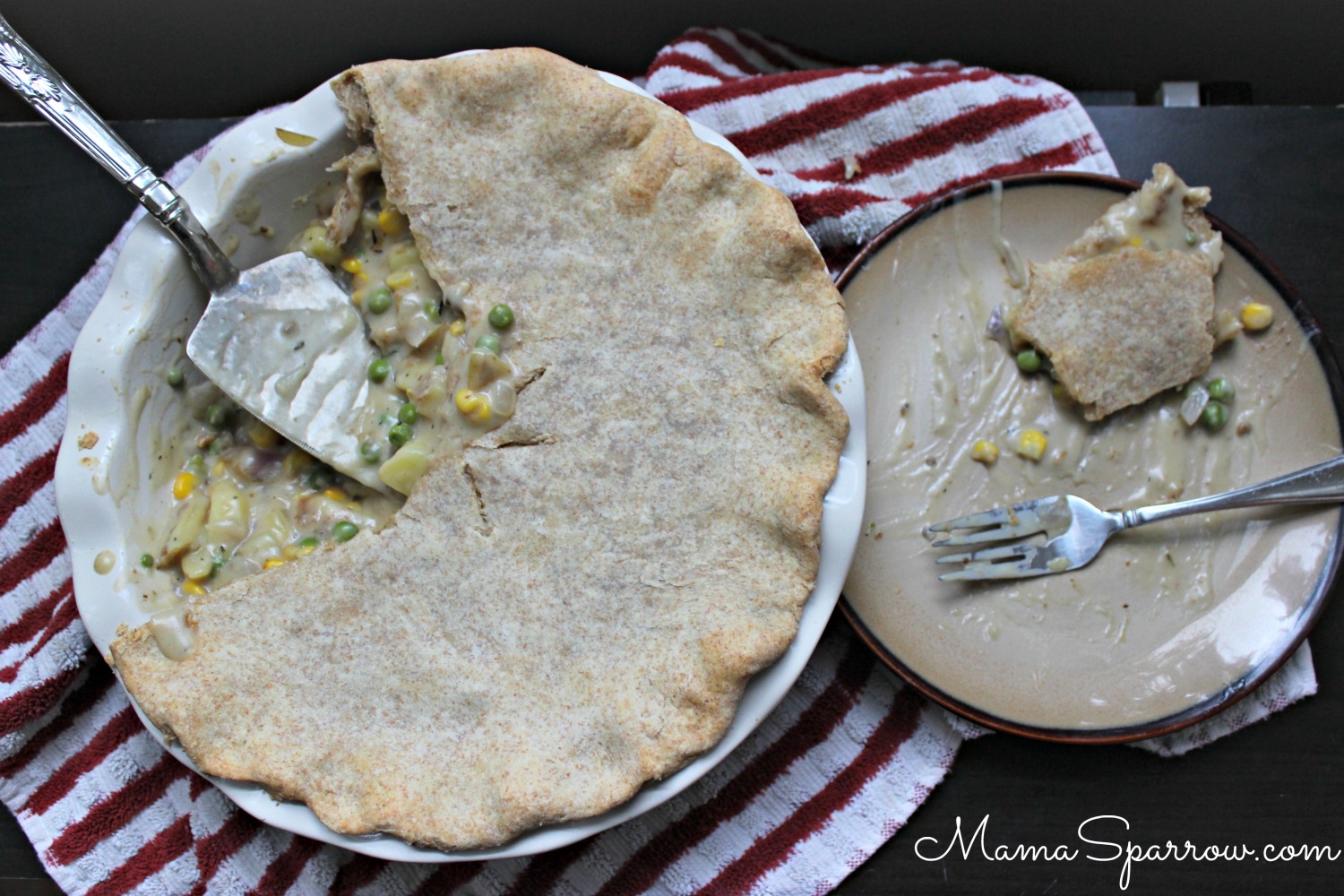 Growing up, pot pie night was usually a favorite meal among the siblings. My mother would prepare individual freezer pot pies for the family. The best part was the extra crust from the spare pie servings.

This crust is just as much a treat to eat. This tasty vegetarian take on a classic comfort eat is great in an olive oil pie crust recipe. Feel free to use your own favorite crust recipe or a pre made crust from a refrigerator section at the grocery.

12/11/16 UPDATE: Added a few newer photos that are better then the original post. Also wanted to add a quick note that I recently made this pot pie completely vegan. Use the original recipe’s called for mushrooms to make a mushroom sauce in place of the cream of mushroom.

Heat oil in a large skillet with high sides. Toss in the mushrooms and saute for about 4 minutes, until soft. Add the garlic and stir over heat for 1-2 minutes. Add the flour and stir to coat the ingredients and cook for 1 minute.

Slowly whisk in the broth and then milk. Bring the sauce to a simmer. Let cook on low till thickened. Stir in the nutritional yeast, salt and pepper just until incorporated. Remove the sauce from the heat and prepare the rest of the recipe replacing the cream of mushroom with this mushroom sauce.

For a single crust pie, coat 2.5 quart round baking dish with cooking oil. Bake the same as double crust pie. Can substitute vegetable oil in place of olive oil. See the vegan version note below. I prefer to use the milk as the rolls out better. The milk tends to keep the crust from crumbling when rolling out. Vegan: To make the crust vegan use water instead of milk and ¾ tsp more salt.